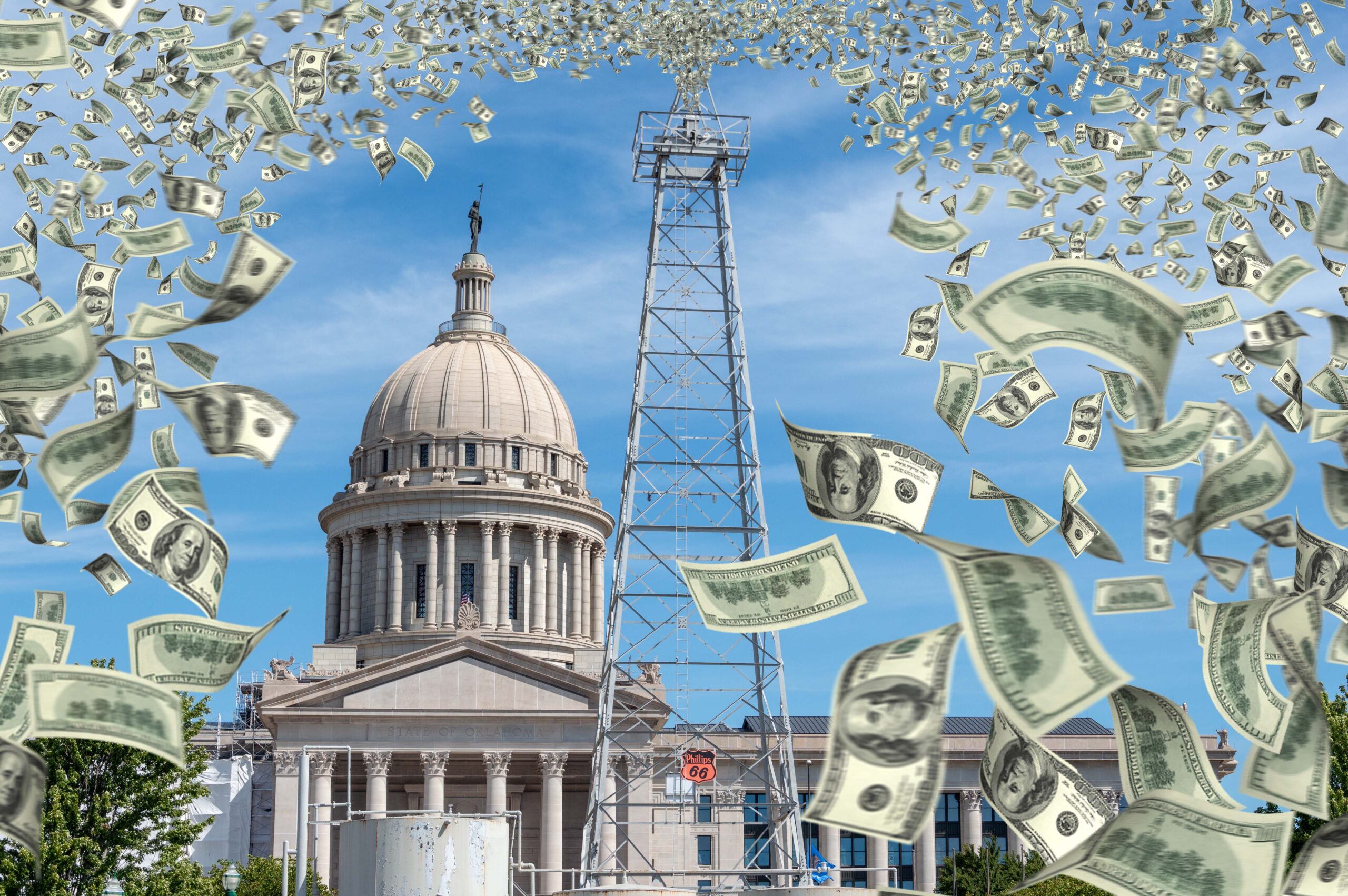 This paper uses the five part test developed in Policymaker’s Guide to Evaluating Corporate Welfare to evaluate Oklahoma’s Quick Action Closing Fund. It finds that the fund is a corporate welfare scheme and recommends that it be immediately repealed.

The State of Oklahoma maintains a fund that provides money for the governor to use as an enticement for businesses to locate facilities in the state, similar to that of several other states (Texas, Florida, Michigan, among others). Oklahoma’s version is called the Quick Action Closing Fund. According to a 2018 Incentive Evaluation Commission (IEC) report, the program was instituted because “Oklahoma was at a competitive disadvantage with neighboring states because those states had a closing fund and Oklahoma did not.”[2] Governor Stitt, in spite of his conservative track record, is a major proponent of the fund. In his 2021 State of the State address, he praised it as a “key tool” to close deals that bring new industries and businesses to our state.[3] This position is bolstered by language in the IEC report, which states that money from the fund is “offered at the discretion of the Department [of Commerce] and the Governor only when other State incentive programs…are not enough to close a deal.”[4]

To be considered for payments from the Quick Action Closing Fund, companies must fulfill two basic requirements. They must be engaged in “basic industry” as defined in the Quality Jobs Program Act or the 21st Century Quality Jobs Incentive Act, and they must offer wages greater than or equal to the average county wage in which the high-impact project would occur. [5] However, an exception was added in 2019 to allow companies that qualified for the Film Enhancement Rebate to receive their rebate from the fund.[6] Such payments are exempt from any of the previous qualifications so long as the company qualified for an expense rebate under the Film Enhancement Rebate.[7]

In addition, the Department of Commerce must evaluate the application of any company (aside from those qualifying under the Film Enhancement rebate) wishing to receive a payment from the fund, and then present the governor with a recommendation. The criteria for determining what constitutes a “net benefit” to the state are to be determined by the Department, but must include “requirements for economic impact, local participation in the project, capital investment and average wage thresholds.” The Department is only allowed to recommend applications that would result in a “net benefit” to the state, and the governor is only allowed to grant payments to those that get the Department’s recommendation. Finally, the governor must provide the Department’s evaluation and recommendation to the President Pro Tem of the Senate and the Speaker of House before giving final approval to disburse funds. [8]

As of March 2020, approximately $14 million has been awarded to companies via the fund. According to the 2019 Department of Commerce Annual Report on the Quick Action Closing Fund, seven companies have received at least one award from the fund since its inception in 2011. These companies include General Electric, Macy’s, Commercial Metals Company, Boeing, Sofidel America Corp, the Greenheck Group, and Cerilon GTL, Inc.

Per Department of Commerce report, March 2020:

In Policymaker’s Guide to Evaluating Corporate Welfare, 1889 Institute lays out a five-question test to help determine if certain subsidies or incentives are corporate welfare.[10]

Yes. Direct cash payments are made from the fund to qualifying companies so long as they create jobs and pay their workers a decent wage. These do not constitute direct consideration because companies would do both regardless of the payment from the fund. Companies need workers and workers will not work unless they are paid.

No. There is no reason to believe that companies such as Boeing, Macy’s, and General Electric are at a tax disadvantage and need to be given subsidies in order to compete on a level field.

No. Tax pyramiding occurs when a product is taxed at multiple stages of production, meaning the tax on final goods and services partially be a tax on taxes paid at earlier production stages. This inflates the cost of the final product, distorts consumer purchasing decisions, and distorts production chains. This is clearly not occurring in the instance of the Quick Action Closing Fund. Again, so long as they follow the procedures set forth in statute, funds are simply doled out at the whim of the Governor and the Department of Commerce.

The 1889 Institute and the Mackinac Center for Public Policy have outlined a solution to the problem of corporate welfare, including a model compact, in Multilateral Disarmament: A State Compact to End Corporate Welfare.[11] In essence, states sign onto a compact that bars them from attempting to lure businesses (via subsidy) from other states within the compact. However, states are not required to unilaterally refrain from competition via subsidy. The cessation of subsidies would only begin once a threshold number of states have joined the compact. This allows states to adopt the compact knowing that they will only be held to it if other states join as well. Oklahoma should lead the way in becoming the first state to adopt a compact to end corporate welfare.