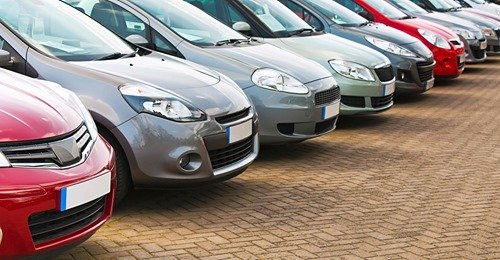 Spencer Cadavero describes used car dealer regulation in Oklahoma and judges licensing the occupation to be unnecessary and burdensome, not just for potential dealers, but also for consumers.

The UMVP ensures dealer compliance with all regulations and licensure related to the distribution and sale of used cars and manufactured homes. These duties include complaints against the UMVP and its licensees. It has the “power to compel the production of records and papers bearing upon the complaints” and the ability to “subpoena and bring before it any person in this state.”[3]

The fee to obtain a used motor dealer license is $600, with a renewal fee of $300 per year. Wholesale used motor vehicle licenses cost the same. A licensed new car dealer wishing to sell used cars receives a discount, but must still apply for a used car dealer license.[4] Dealers must have an established place of business, with minimum areas devoted to customer parking, signage, and display of vehicles.[5]

The selection criteria for Commissioners ensures its domination by practicing used car dealers with a vested interest in reducing competition. Based on Attorney General Board Supervisory Letters, the Commission is fining dealers the full amount possible each time they identify an infraction.[7] Most commonly, the fines are levied for a dealer selling from an unlicensed location and employing an unlicensed salesman. The Commission does not list specific penalties in their meeting minutes. Nor do they make meeting minutes from any but their most recent meeting available on their website. The effect of policies limiting the supply of dealers and salesmen is reducing consumer choice in where and from whom to buy.

The Commission has refused to license a dealer on the grounds of what they believed to be insufficient financial standing and a lack of industry experience.[8] This is another clear case of cronyism by the Commission. How does one obtain financial standing and industry experience without a license? Thus, the system is loaded against any but industry insiders getting a license, with that process controlled by industry insiders.

The domination of the UMVP by used car dealers creates a conflict of interest when they exercise their authority to respond to complaints by used car customers who believe themselves to be victims of dealer misconduct.[9] Consumers wishing to invoke the agency’s oversight must present their case to a panel of the dealer’s peers who, it would seem, would be biased in favor of dealers, lest they set precedent which can later be used against them. While a victim of dealer misconduct has access to the court system and can bring a civil suit (the UMVP has no authority to order remedies to consumers), the supposed purpose of the UMVP to be a public-protecting watchdog is brought into question simply by what is clearly a structure biased in favor of licensed dealers.

Even more concerning, nothing in the Commission’s posted rules prevents a sitting commissioner from hearing and ruling on a complaint against himself; he would merely need to convince a majority of his fellow commissioners to rule with him.[10] While the Commission does not have jurisdiction to hear civil cases, its investigative powers could be used to harass complainants as well as accused dealers. Of course, the UMVP has every incentive to act swiftly against anyone acting as a used car dealer who is unlicensed.

Evaluating the Need for Licensing

The 1889 Institute has published Policy Maker’s Guide to Evaluating Proposed and Existing Professional Licensing Laws, which sets forth two preconditions to licensing an occupation:[11]

Does selling used cars meet the threshold of a real and highly probable risk of harm to patrons?

No. At worst, dealers can commit fraud, which is illegal in its own right. It is highly unlikely that a dealer would risk his business reputation and incurring the associated criminal charges by selling lemons or stolen vehicles. This is made more evident by the fact that most states will allow an individual to sell a certain number of cars without a license. In Oklahoma, there is not a set maximum for selling personal cars, so long as one is not doing so for profit.[12] It is not clear why selling more than, say, four cars in a twelve-month period would endanger the public or why adding a profit motive to buying and selling vehicles without a license would incentivize dealers to act poorly. Indeed, a profit motive ensures quality service and products.

Is there some kind of civil-law and/or market failure that makes it nearly impossible for patrons to obtain information, educate themselves, and judge whether an occupation’s practitioners are competent?

No, not at all. Reviews for used car dealerships are available on every major review site, and sites like CARFAX exist in addition to a number of other used car-oriented sites such as Autotrader Customers are also free to share their experiences with others, and dealers can advertise their prices and products. Various civil and criminal law remedies exist that can deal with car dealers who intentionally sell lemons or stolen cars.

The best solution is to eliminate the licensing requirement for used car dealers. This helps consumers by eliminating the bottleneck placed on dealers, which will naturally increase supply and lower prices. Dealers would be free to voluntarily receive third-party certification to signal greater skill or receive bonding if they feel it is worth the cost. Hobbyists and part-timers would not have to meet demanding standards that would require full investment into a career selling used cars, such as buying an expensive building. Failing an outright repeal, the legislature could create a private certification system, as outlined in 1889’s A Win-Win for Consumers and Professionals Alike: An Alternative to Occupational Licensing.[13]

The UMVP should make minutes the past year’s meetings available and include the schedule of fines in their meetings, like the Oklahoma Motor Vehicles Commission does.

Unlicensed used car dealers pose no real threat to the public. If it did, the majority of states would not allow a limited number of unlicensed car sales per year. This is clearly just a way for car dealers to protect their business. Oklahoma’s legislature should uncork the bottleneck and let the market flow freely for the benefit of consumers.