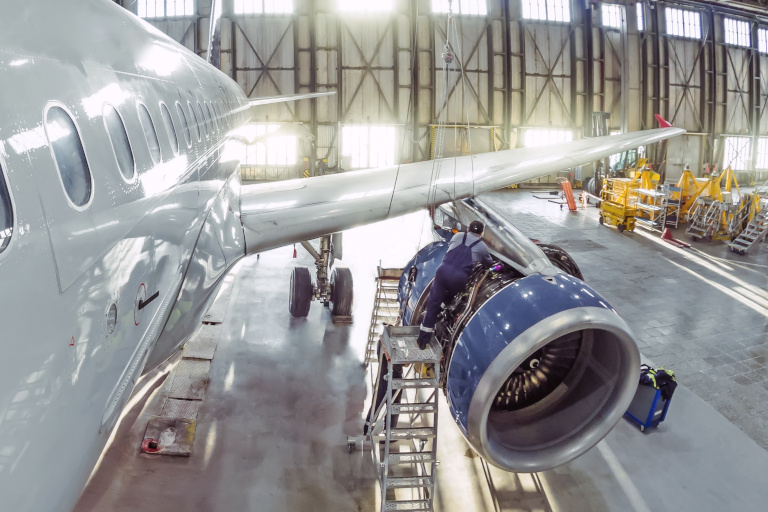 The Aerospace Industry Engineer Workforce Tax Credits were established in 2008 and are scheduled to sunset in 2026.[1]

Aerospace is a major industry in Oklahoma. In 2008, the legislature established three aerospace industry incentives to address a perceived lack of qualified engineers in the state. The subsidies allow employers to offer engineers higher starting wages.[2] While the number of aerospace engineers in Oklahoma has increased, it is unclear that the tax incentives were necessary to accomplish this goal.[3] The aerospace industry is not a struggling one. In 2016, aerospace companies in Oklahoma generated over $24 billion in sales and $19 billion in exports.[4] Without these incentives, aerospace companies would likely have plenty of funds to offer competitive salaries.

The aviation industry in Oklahoma goes back to 1911, with Clyde Cessna working out of Enid, Oklahoma, testing his aircraft designs at the Great Salt Plains. After World War I, aviation manufacturing took off in the state, with the opening of several aircraft manufacturing companies such as the Spartan Aircraft Company. Tinker Airforce Base was first established in 1942 as the Midwest Air Depot. During World War II, the state entered its greatest period of aircraft production. The Douglas Aircraft plant at Tinker Airforce Base alone turned out nearly 9,000 military aircraft. Beyond complete aircraft, Oklahoma companies have developed assemblies for space vehicles, including the Saturn C-5 rocket booster that carried astronauts to the moon.[5] The aerospace industry has a long history in Oklahoma and is very secure.

There are three separate Aerospace Industry Engineer Workforce Tax Credits. Of these, two go to aerospace companies and one is for employees. Current law provides:

In Policymaker’s Guide to Evaluating Corporate Welfare, 1889 Institute lays out a five-question test to help determine if certain subsidies or incentives are corporate welfare.[7] It argues that if the answer to the first question is “yes” and the other answers are “no,” the policy is question is extremely likely to be corporate welfare.

Yes. As mentioned above, the Aerospace Industry Engineer Workforce Tax Credits provide a reduction in taxes for both aerospace engineering companies and aerospace engineers. Private companies get a tax break for hiring aerospace engineers, which they would do anyway. The amount varies depending on where the engineer was educated (which also provides a potentially problematic incentive to prioritize engineers educated in Oklahoma over out-of-state engineers who might be a better fit for some jobs).

No. These subsidies are specific to the aerospace industry while excluding similarly situated businesses such as other engineering firms. Civil engineering firms do not receive similar treatment. Likewise, these benefits only apply to hiring aerospace engineers, and not the hiring of other necessary workers, a good sign a policy is corporate welfare.

No. Tax pyramiding occurs when a product is taxed at multiple production stages, leading to the final consumer paying taxes on taxes when purchasing the final product. This raises the price of the final product and distorts the market. This is clearly not the case for this set of subsidies, which are, if anything, designed to make aerospace industry outputs in Oklahoma relatively inexpensive in the market by offsetting costs at taxpayer expense. To the extent that income taxes result in pyramiding, the aerospace industry is no more disadvantaged than any other.

The evaluation results are clear, the answer to question 1 is yes, and the answers for questions 2 through 5 are no. Therefore, the Aerospace Industry Engineer Workforce Tax Credits are corporate welfare and should be repealed immediately.

There is the mistaken belief that Oklahoma would miss out on the aerospace industry if it were not for corporate subsidies. Without these tax credits, there are still plenty of reasons for aerospace engineers to relocate to Oklahoma. The presence of Tinker Air Force Base draws many aerospace engineers to the state and predates the tax credits. Oklahoma is also home to both the largest military Maintenance, Repair, and Overhaul operation in the United States and the largest commercial one in the world.[8] There is no evidence to support the idea that without these tax advantages these facilities would disappear.

Additionally, aerospace engineers are well paid, with a median salary of $116,500 in 2019.[9] Since they do not need the extra funds for relocation, which should be handled by their employer anyway, or other costs of living expenses, the tax credits for aerospace engineers effectively redistribute income to the well-off.

The 1889 Institute and the Mackinac Center for Public Policy have outlined a solution to the problem of corporate welfare, including a model compact, in Multilateral Disarmament: A State Compact to End Corporate Welfare.[10] In essence, states sign onto a compact that bars them from attempting to lure businesses (via subsidy) from other states within the compact without being required to unilaterally refrain from competition via subsidy. The cessation of subsidies would only begin once a threshold number of states have joined the compact. Oklahoma should lead the way in becoming the first state to adopt a compact to end corporate welfare.