Disbarred: A Nationwide Analysis of the Impact of Mandatory Bar Associations on Lawyer Population 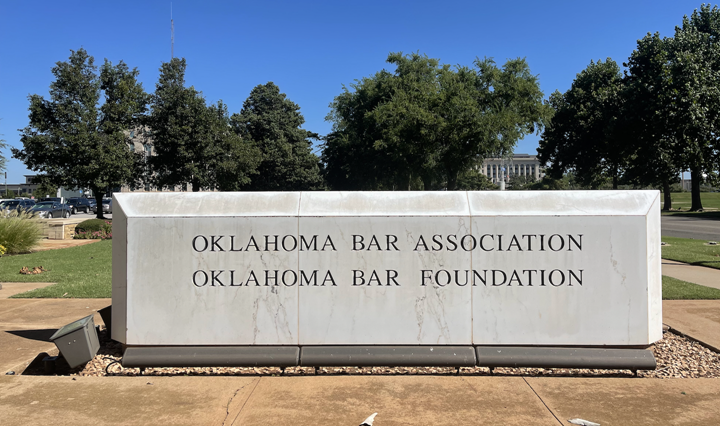 Disbarred: A Nation-wide Analysis of the Impact of Mandatory Bar Associations on Lawyer Population

The legal profession is one of the most heavily regulated professions in the United States. Aspiring lawyers must obtain a bachelor’s degree, perform well enough on the LSAT to attend an American Bar Association (ABA) accredited law school, graduate law school, and pass the bar exam in whichever state they wish to practice. This takes a minimum of four years to accomplish – from sitting for the law school entrance exam to being sworn in to practice law – and is very expensive. The time investment alone, not to mention the financial and intellectual requirements, limits the pool of potential lawyers.

Today, mandatory bar associations exist in 30 U.S. states.[1] These associations emerged in the mid-1900s as the primary form of legal regulation. They were often founded as voluntary organizations, but then, after some period of time and often at the request of bar association leadership, were vested with the regulatory power of the state.[2] Proponents view mandatory bar associations as the gatekeepers of the legal profession in their respective states, and believe that they raise the quality of the legal profession through licensing, discipline, advocacy, and mandatory continuing legal education.[3] In addition, they believe mandatory bar associations are a vital form of consumer protection. Since clients are generally not well-informed about the particulars of practicing law, it can be difficult for the for them to know which attorneys are competent and trustworthy. This informational asymmetry – consumers lacking the knowledge they need to make good hiring choices – could harm clients as well as third parties not directly involved in the interaction.[4]

Without some form of consumer protection, the theory goes, lawyers could offer substandard service since their clients are not able to differentiate high-quality from low-quality service. Proponents claim that mandatory bar associations reduce the risks created by the information asymmetry dilemma through the use of licensing and disciplinary action. By instituting accountability measures and limiting the pool of lawyers to those who are deemed trustworthy, mandatory bar associations protect consumers.[5]

So, if mandatory bar associations are needed to protect the public, does that mean states with voluntary bar associations allow lawyers to practice completely unregulated and to prey on clients without fear of repercussions? Quite the contrary. The regulatory regime in states with voluntary bar associations is much the same as that in states with a mandatory bar association. Lawyers are still generally required to graduate from ABA accredited law schools, pass the bar, and pay annual license dues. However, they do not have any First Amendment concerns (discussed below), and average dues are cheaper than if they were paying to subsidize a private entity that had been vested with the power of the state. For example, the average annual dues for active members in mandatory states are approximately $407, while the average annual licensing cost for active lawyers in voluntary states is approximately $263.[6] (Figure 2 shows the annual dues for new members in mandatory states compared to the annual licensing cost for new members in voluntary states.) In addition, there is scant evidence that mandatory bar associations have any significant impact on the quality of legal services compared to voluntary states.[7]

Many lawyers view the actions of mandatory bar associations as an infringement of their First Amendment rights. Citing Janus v. ASFCME (2018), some lawyers have brought legal challenges against mandatory bar associations – see e.g., Fleck v. Wetch (8th Cir. 2019) and Crowe v. Oregon State Bar (9th Cir. 2021) – stating that they violate their rights to free speech and association protected by the First Amendment.[8] For example, lawyers are compelled to pay dues to an organization such as the Oklahoma Bar Association (OBA), which frequently lobbies, makes political statements, and advocates for specific policies. Therefore, these lawyers are funding political speech – whether they agree with it or not.[9] As a result, they maintain that required membership in a bar association is constitutionally suspect and should be treated the same way the Court treated compelled payment of union dues in Janus.[10]

First Amendment concerns aside, critics also claim that mandatory bar associations act as a monopolistic barrier to entry for aspiring lawyers and drive part-time practitioners out of state. Licensing does not typically form at the demand of the consumer, but at the request of practitioners. This brings into question whose interests are being served by licensure: the producer’s or the consumer’s. Further, producer control of licensing can be used to obtain a monopoly at the expense of consumers.[11]

Once producers have monopolistic control of a profession through licensing, they enact regulations that serve as a barrier to newcomers, insulate them from competition, and keep prices high. This in turn leads to a reduction or stagnation in the population of producers in said profession. An additional layer of regulation, such as mandatory membership in an organization that charges dues, can only serve to exacerbate those problems.[12] Unfortunately, this is the state of legal regulation in the United States today. Mandatory bar associations are simply the final cog in the machine for complete producer control of licensing.

Much of the debate surrounding these organizations revolves around a normative discussion of their effect on the practice of law, but little empirical research has been done on the subject. Using a Large-N statistical analysis with data collected from various state judiciary and bar association websites, the American Bar Association, the National Conference of Bar Examiners, the Cato Institute, the Bureau of Labor Statistics, and the U.S. Census Bureau, this study examines the effect that mandatory bar associations have on state lawyer populations. It is possible that the added regulation of a mandatory bar association acts as yet another barrier to entry into the field for aspiring young lawyers or even serves to push low-income practitioners out of the field (due to higher dues/fees).

The methodology as well as the results of the statistical analysis are explained in more detail in the Appendix. Two linear regression models, one including the State of California and one excluding it, were specified since California’s mandatory state bar membership was only eliminated in 2018. With or without California, the analysis indicates that a state with a mandatory bar association will average roughly 15-20 percent fewer lawyers per 10,000 population given the national average of approximately 34 lawyers per 10,000. The state of Oklahoma sits very close to the nation-wide average with approximately 34.2 lawyers per 10,000 population. This suggests that Oklahoma could have as many as 40 lawyers per 10,000 were it not for the mandatory bar structure currently in place. This increase in supply could lower the cost of legal work for consumers and improve access to justice in this state.

These findings raise serious questions concerning the availability of the legal profession and the access to justice that it provides. For example, if the number of lawyers is limited by licensing requirements and a mandatory bar association, those deemed “qualified professionals” are then able to charge more money for their services. Higher prices and fewer lawyers reduce access to justice by denying service to those who cannot afford it. Combine this with the legitimate First Amendment issues raised in Fleck and Crowe, and a serious case can be made for the abolition of all mandatory bar associations.

Two states have eliminated their mandatory bar in the past 10 years – Nebraska in 2013 and California in 2018 – one a deep blue state, the other a deep red state. If these states can recognize the flaws of a mandatory bar association system and act to fix them, the state of Oklahoma can do so as well. The Oklahoma legislature should follow the example set by California (in this rare instance) and Nebraska and remove the regulatory power of the Oklahoma Bar Association, thus returning it to voluntary status.

As stated above, the statistical analysis was performed using a Large-N statistical analysis with data collected from various state judiciary and bar association websites, the American Bar Association, the National Conference of Bar Examiners, the Cato Institute, the Bureau of Labor Statistics, and the U.S. Census Bureau. The statistical computing software, R, was used to perform the linear regressions in the analysis. The analysis includes 49 states; Delaware was dropped because it does not report median wage data to the Bureau of Labor Statistics.

The independent variable in the analysis of particular interest is Mandatory Bar Association, which measures whether a state requires membership in a bar association for practicing lawyers, and is listed as either mandatory or voluntary. It is coded dichotomously (“0” for voluntary and “1” for mandatory). The expected sign of the statistically calculated coefficient is negative given that a mandatory bar is expected to exert a negative impact on the number of lawyers.

State bar exam fees is included as a control because they are an indicator of the initial cost associated with practicing law in a specific state and could influence an individual’s choice to practice law in a specific area. Data for bar exam fees is taken from the National Conference of Bar Examiners (NCBE) Comprehensive Guide to Bar Admission Requirements.[15] Bar exam fees are coded as the dollar amount required for first time test takers (financial cost). This is because there are multiple price levels for the bar exam based on the number of times the test has been taken, previous law experience in another state, and other factors. Cost for first time test takers is used as it best represents the initial cost associated with becoming licensed to practice law in a specific state.

Bar dues/licensing fees are used as a control variable because monetary influences could have an effect on an individual’s decision to continue to practice law in a specific state. Unfortunately, there is not any research available which has collected the bar association dues or licensing fees by state. As a result, data was collected from individual state judiciary and bar association websites.[16] They are coded as the dollar amount per year.

The analysis also controls for Continuing Legal Education (CLE) requirements as they could, based on stringency, influence a lawyer’s decision to continue to practice in a certain state. Data for CLE requirements are taken from the NCBE Comprehensive Guide to Bar Admission Requirements (2020), and are coded as hours per year.[17]

The state of California only just recently transitioned out of the mandatory bar system (bifurcated in 2018); therefore, the analysis includes two models.[19] One with California coded as a voluntary bar state, and one model with it dropped completely. These results are reflected in Table 1 and Table 2 below. Models 1.1 and 2.1 are simply models 1 and 2 run again with statistically insignificant variables dropped.