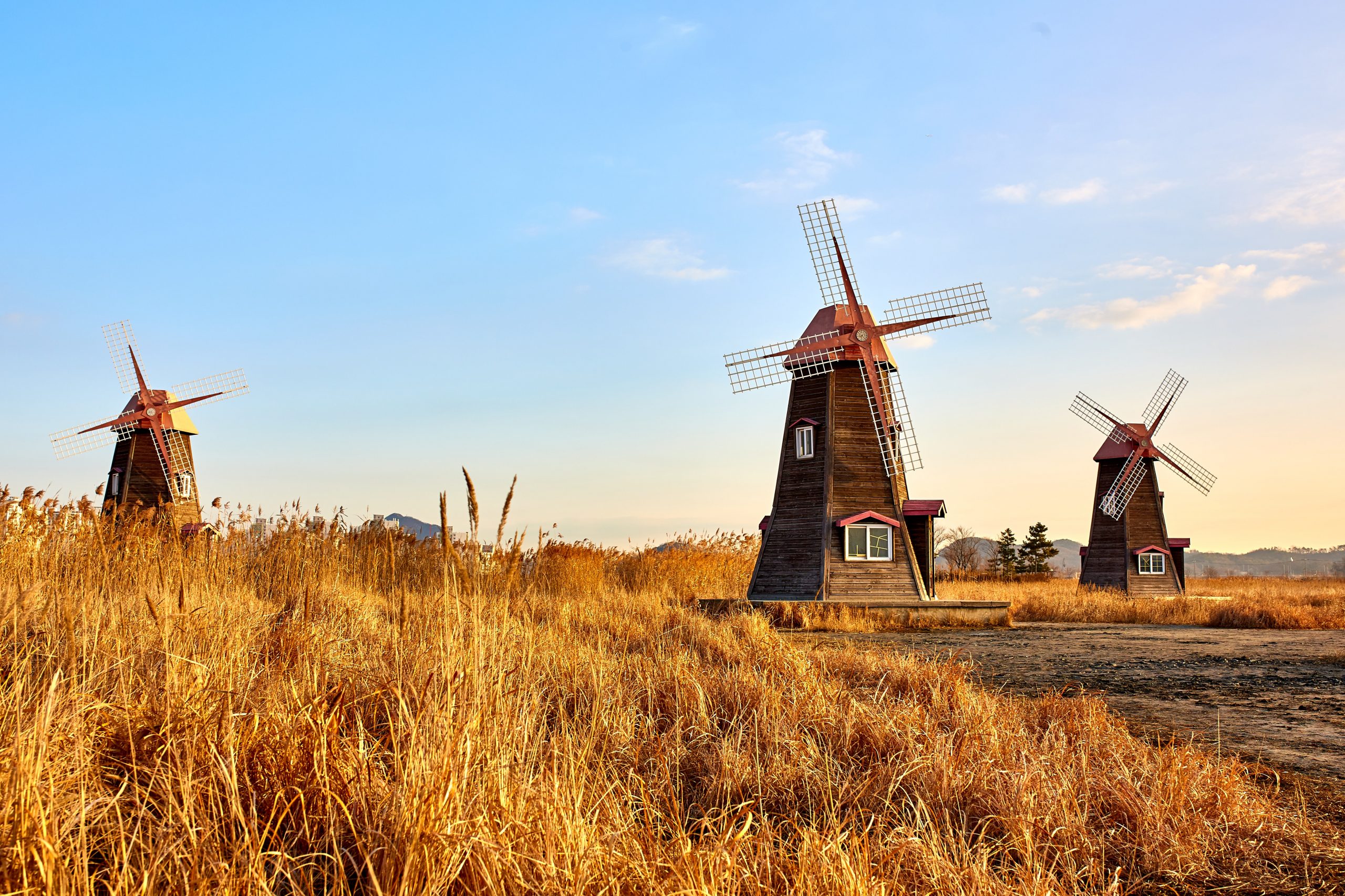 Oklahoma provides a half-cent per kilowatt hour income tax credit for wind generation. This represents a subsidy to the wind energy industry and is very costly given the need to double-up on electrical generation capacity.

Due to the issue of global warming, or climate change, or catastrophic weather – that is, the claim this real-or-not phenomenon has resulted from mankind’s production of carbon dioxide and the resultant increase in that trace gas’s concentration in the atmosphere – the federal government and many states have encouraged investment in wind-powered electricity generation. Even in states like Oklahoma, where less than half of the population is worried about global warming and even fewer believe it is being caused by man, the state has passed measures to encourage investment in zero-emission power generation.

Part of the wind power sales pitch for Oklahoma includes: 1) much of Oklahoma has lots of wind, making it ideal for wind generation, 2) federal and state tax credits for this type of generation allows Oklahoma to develop a lucrative zero-emission generation system that will benefit the state environmentally and economically, and 3) this technology is the way of the future and electricity generated by wind can be sold and exported to other states on the U.S. electrical grids, especially the eastern one, of which Oklahoma is a part.

With a national average electricity price of around 10 to 12 cents per kilowatt hour, the federal government offers a large tax credit of 2.3 cents per kilowatt hour for ten years for producers of wind generation. Begun in 1992, the credit has been allowed to lapse several times, only to be renewed again. Wind credits are estimated to cost the federal government about $1 billion in lost revenue each year. The federal credit was up for renewal again in 2015 when Senator James Lankford of Oklahoma proposed a bill to completely strip the credit from federal code so that it could not easily be renewed in the future.

Oklahoma has its own income tax credit for zero-emission electricity generation for which those who produce electricity with wind generation qualify. That credit also lasts 10 years for a given facility and is one-half of one cent per kilowatt hour for any new facilities, essentially eliminating income tax on new wind-generation revenues. The Oklahoma credit is set to expire January 1, 2021, which means facilities put into operation prior to that date will continue to receive a credit until their 10 years is up. These credits result in a revenue loss for the state, estimated at $88 million for the current fiscal year and $123 million in 2017. The loss will rise as new projects are brought online. Oklahoma currently ranks only behind Texas, California, and Iowa in wind generation capacity.

Oklahoma’s tax credit has benefited a number of corporations around the world such as Denmark-based Vestas Wind Systems, with production facilities in Colorado. A project near Kingfisher, developed by Apex Clean Energy, was sold to a consortium based in Connecticut, Houston, London, and Hong Kong. EDP Renewables of Madrid, Spain has bought a number of wind projects in the state, as has Edison Mission Group from California. Competitive Power Ventures, based in Maryland, has also enjoyed Oklahoma tax subsidies, as has Oklahoma’s own OG&E, among others.

The Problems with Wind

The biggest problem with wind-generated electricity, and the problem at the root of all others, is that the wind does not always blow, even in Oklahoma. In addition, electricity cannot be stored on a mass scale. When we turn on our electrical appliances, lights, and computers, the electricity needed to run them is generated in real time. Generators already working work a little harder to provide the power for slightly increased demands. If demand for electricity increases enough, standby generators are started and brought online to fill that demand.

Suppose that an electrical grid’s maximum demanded load is 10 megawatts (MW) and wind generation can provide 1 MW. This would imply that only 9 MW would have to be supplied by coal, natural gas, and other sources. However, because of wind’s lack of reliability, that investment in 1 MW of potential power generation has to be duplicated with 1 MW of potential generation from a source like natural gas for the inevitable windless, hot day. So, in a grid with a maximum load of 10 MW and 1 MW of wind-generated power, 11 MW of generation must exist.

In addition to having duplicate investment, wind power increases costs by: 1) requiring personnel to be available to manage and repair fossil-fuel-powered generators that are often idle, standing by for the inevitable windless day or hour they will be needed, 2) requiring more, relatively expensively-operated generators that can be brought online with short notice, 3) requiring the construction of transmission lines, often to relatively remote areas where wind is prevalent, and 4) requiring more wind generation than would otherwise be required due to long transmission lines and resultant voltage drop.

If investment in duplicate conventional generation is not done, and often despite it, the result is a less reliable electric grid. Ireland and Germany, both with ambitious goals for wind energy to become a large share of their electric generation and usage, have felt impacts from a less reliable grid, with voltage fluctuations that have negatively impacted industry. In fact, locally installed battery and generator backup equipment have become a big business in Germany as industry seeks to shield itself from the unreliability of the grid.

Finally, wind energy is its own source of environmental degradation. While many seek to limit the number of billboards along highways because they mar scenic vistas, windmills have become artificial forests, marring views from vantage points for a dozen miles. Windmills also kill birds, chopping them out of the skies like scythes, and making no allowance for whether a bird is part of an endangered or plentiful species.

Cronyism at the Root of Wind Power

Suppose someone proposes a contract that 10 percent of your electricity needs be met with cheap, abundant wind power. This sounds like a good deal, but then you notice in the fine print that you will have to pay for equipment that will separately meet that 10 percent of your needs by using other quite expensive sources of power for windless days, pushing up the average cost of electricity by 25 percent and more, to over 15 cents per kilowatt hour. In addition, wind gusts and direction changes will cause voltage fluctuations that shorten the life of your appliances and occasionally cause temporary blackouts. This now sounds like a bad deal, one that no one would make voluntarily, but it’s the very deal wind tax credits are making for us.

Some might say that wind power in Oklahoma is an economic boon. After all, wind-generated power has been sold to Tennessee. But in fact, the eastern grid, of which Oklahoma and Tennessee are a part, is not so integrated that as wind power fluctuates, Tennessee will ever feel the effects. In fact, Oklahoma will feel the brunt of wind’s inconsistency and unreliability even if 100 percent of its wind-generated power is sold out-of-state. Fact is, there is no guarantee that even one wind-generated electron from Oklahoma will ever reach Tennessee. What’s more, the sale to Tennessee only means that Oklahomans are subsidizing the electricity use of Tennesseeans.

When economic benefits are claimed for tax-subsidized wind power, and jobs and windmills are pointed to as evidence of those benefits, the reality is these do not represent benefits, they represent costs. They are more like paying someone to repeatedly dig up the same sidewalk and pour new concrete again. Pointing to the fifth new sidewalk and the contractor with money in his pocket, who lobbied the city council for the job constantly rebuilding the same sidewalk, is not pointing to an economic benefit, but to pure, unadulterated economic waste.

That contractor needlessly replacing sidewalks as a result of lobbying, wining and dining his friends on the city council, is no different from those pushing for wind power today. Oklahoma’s legislature was not talked into tax-subsidizing wind power because of global warming. The legislature was duped by the same fallacy Frederic Bastiat explained two hundred years ago – the seen and unseen. Wind turbines, new wires, and the people hired to put them in place are easy to see. Impossible to see are the lost opportunities and productive activities the money used to invest in wind power could have alternatively financed.

Renewable Energy and Other Energy Tax Incentives Should Be Repealed

Wind energy tax incentives in Oklahoma should be immediately repealed. During a time of economic turmoil for the state and large revenue shortfalls, tax incentives for wind are clearly not the best use of Oklahomans’ tax dollars. Repeal of the credit, allowing currently credited projects to continue, but not allowing credits for future projects, would minimize the incentives’ future impacts on the state’s revenues. It would also put wind on the equal market footing that it should have had all along.