Well Begun is (Only) Half Done: The Supreme Court’s Excessive Fines Decision; Need for Further Reform 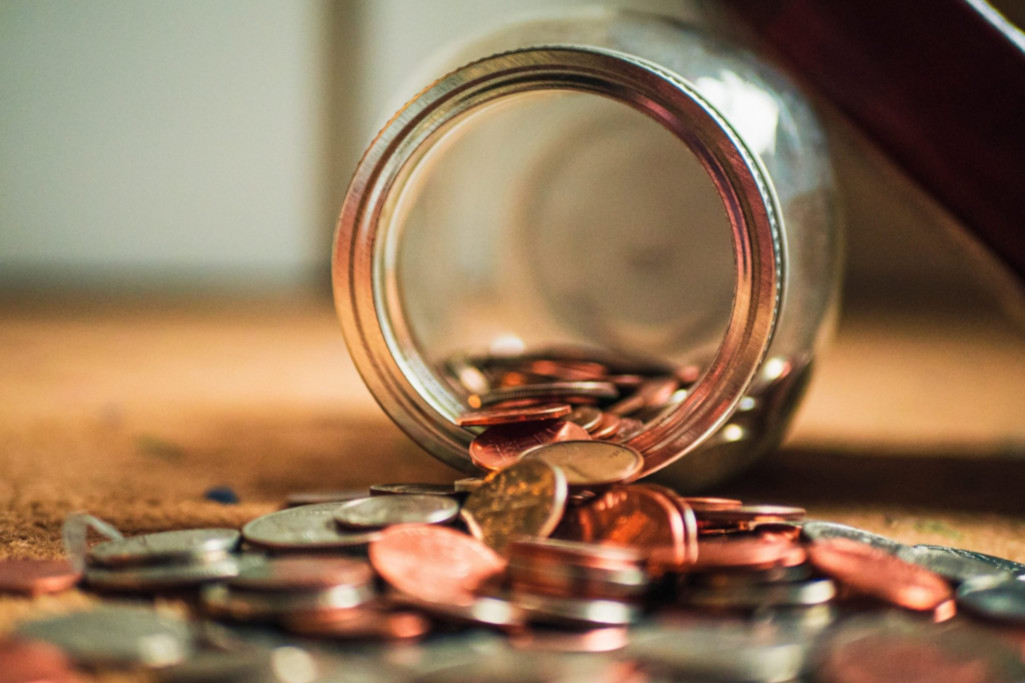 This paper summarizes the recent federal Timbs case out of Indiana in which the U.S. Supreme Court declared the Eighth Amendment’s protection against excessive fines applies to states. The paper calls for the abolition of civil asset forfeiture, which was partly at issue in Timbs.

Well Begun is (Only) Half Done: The Supreme Court’s Civil Asset Forfeiture Decision, and the Need for Further Reform

Last week the U.S. Supreme Court held that the Eighth Amendment’s protection against Excessive Fines applies to the states, not just the federal government.[1] Further, in light of prior precedents, they held that this protection extends to penalties imposed through the process of Civil Asset Forfeiture (CAF).

CAF allows state officials to “prosecute” a piece of property which they suspect has been used in the commission of a crime, or is the proceeds of a crime. The standard protections that persons suspected of crimes receive (jury trial, appointment of a public defender, and most critically, the presumption of innocence and need for prosecutors to prove their case “beyond reasonable doubt”) do NOT apply in CAF cases. So while a criminal statute which imposes a fine cannot be used against a person without the previously mentioned due process protections, the state can skirt these fundamental protections. It does so by formally putting the property on trial rather than the property owner. This pretends that the property owner does not stand to lose “…property, without due process of law…,” even when the property is worth far more than the criminal fine imposed.

Tyson Timbs, was arrested for attempting to sell a small amount of heroin to an undercover police officer. He pled guilty, was fined approximately $1,200, and given one year of house arrest followed by five years’ probation.[2] While the maximum penalties were considerably greater than what Timbs received, the prosecutor presumably decided that the time and money involved in prosecuting such a small crime was not worth the possibility of increasing his punishment. A judge agreed, and found that the sentence was appropriate.

Civil Asset Forfeiture allows police to seize two classes of property: the proceeds of a crime, and property used in the commission of a crime. CAF has much lower procedural hurdles than pursuing criminal charges. Under CAF, the criminal charges have no bearing on the action against the property. In fact, police can and do use CAF to seize property from innocent people who have been acquitted of the charges against them, as well as those who have never been charged with a crime. When property value is small, it can cost more for the innocent to defend their rights than the property is worth.

The state claimed that Timbs’ Land Rover (purchased with money he received from a life insurance policy when his father died – thus definitively not the proceeds of a crime) was used in the commission of the crime, as he had driven it to the drug sting. In spite of the fact that he had already been given just deserts through the criminal justice process, the state wanted more. The state wanted his vehicle, which, at $42,000, was worth more than four times the maximum criminal penalty he could have been assessed.

The case made its way through the Indiana state court system, where the Indiana Supreme Court held that the vehicle was forfeited to the state, in large part because the federal constitution’s ban on excessive fines did not apply to the states. At the founding, each state had its own constitutional protections, and the federal Constitution was thought only to apply to the federal government. But since the end of the civil war and the passage of the 14th Amendment, the U.S. Supreme Court has been gradually “incorporating” the protections enshrined in the Bill of Rights against the states – saying that states are not allowed to violate these important rights. Until last week, the Excessive Fines Clause of the Eighth Amendment was one of the last enumerated rights that had not been incorporated.

The US Supreme Court held – unanimously – that this fundamental right does indeed apply to the states. It remanded the case to the Indiana courts to let them determine if seizure of the vehicle is indeed “excessive” given the small nature of the crime. Because of the way the case came to the U.S. Supreme Court, and because of the way the opinion was written, it would be surprising if the Indiana courts determine that this particular forfeiture was not an abuse of due process. They will likely order the state to return the vehicle to its rightful owner.

What the Timbs case does and does not do:

Timbs does not prevent states from engaging in civil asset forfeiture. It does not forbid cities from using abusive code violations as a revenue source, a related government abuse. It did not even declare that the fine imposed in this particular case was excessive (it left that determination to the Indiana courts). It does declare that the fine in this case is subject to the Excessive Fines Clause of the Eighth Amendment. It does put a judicial cap on how burdensome these practices can be. And while it is too early in the judicial day[3] to know exactly how unreasonable a fine will have to be to qualify as “excessive” when it comes from a state, what we do know is that there is now some limit. This might be enough to keep the most blatant abuses from continuing, now that state agencies have the fear of federal courts keeping them in line.

The general rule is that federal Bill of Rights protections, once incorporated against the states, set a floor, not a ceiling, for the protection of those rights. That is, states are quite free to offer more protection to individual rights, but they cannot offer less protection. Typically this means that all prior federal decisions that shape the contours of what is or is not an “excessive” fine would be binding law on state courts as well. That is the most likely scenario here.

It typically takes a series of cases for the Supreme Court to get from announcing that courts must enforce protection of some right, to developing a framework that details how the court will enforce it – which actions violate the right and which ones are permissible. So far, the guiding lights from federal case law are summarized in United States v. Bajakajian, the first and only case in which the U.S. Supreme Court struck down a fine as excessive. It held that, “…a punitive forfeiture violates the Excessive Fines Clause if it is grossly disproportional to the gravity of a defendant’s offense,”[4] and that a forfeiture must bear “…articulable correlation to … injury suffered by the Government.”[5]

In theory, the common law develops in part when the high court creates or adopts standards or tests to weigh one party’s interests against another, and in part through a series of cases that hone in on where the line between excessive and not lies. Courts would decide “This case is excessive,” and “This case is not excessive,” until the contours of propriety are sketched out, and lower courts are able to see whether a given case is more or less extreme than one that was on the other side of the line.

Sometimes the process of developing common law happens quickly – the high court will consider two cases that are near the center, and decide in opposite ways, such that only those few cases falling between them are truly questionable. More often the high court lets the lower courts fumble around in the dark for years, developing competing definitions and standards for what is or is not excessive. Eventually two or more circuit courts will disagree, and the Supreme Court will finally weigh in, offering clarity through the experience of seeing how the case falls, and also, sometimes, through more definite judicial standards. Given the lack of case law currently at the Supreme Court level (the aforementioned United States v. Bajakajian being the only SCOTUS ruling to declare a fine excessive) it seems likely that lower courts will wander in the wilderness.

Oklahoma is known as a bad actor when it comes to Civil Asset Forfeiture.[6] This is the state which, in 2016, seized assets of a traveling band, who were on a national tour of churches to raise money for charities, including an orphanage in Thailand.[7] When the band’s manager was pulled over, the police took the band’s money in spite of there being no evidence whatsoever upon which to base even a reasonable suspicion, much less probable cause (the requisite standard for arrest). If not for the intervention of a non-profit law firm (the same one representing Timbs), it is probable that the money would have padded the police department’s budget rather than going to an orphanage in desperate need.

This case opens the door for individuals to sue in federal court (or in state court under federal law) to challenge forfeiture of their property as excessive. These proceedings could be separate from the initial state court hearing that would grant or deny the forfeiture, or they could be direct appeals of those cases, giving state courts alternative grounds for overturning the forfeiture. Hopefully the threat of these suits, and the accompanying embarrassment to overzealous law enforcement agencies, will be enough to reduce the practice of CAF. The more likely outcome is that state agencies will continue the practice until it is outlawed by statute, struck down by courts, or the legal expense becomes too much to bear.

What can Oklahoma do?

The best step Oklahoma can take is to front-run the federal courts and take matters into its own hands. A few states have already outlawed the abusive practices of civil asset forfeiture, and several more have added some protection for innocent owners and increased transparency in the process.[8] If law enforcement agencies in these states are convinced the property was used in a crime, they are still free to pursue criminal charges, which often allow for the forfeiture of the same property, but now with the added protections for the innocent inherent to our criminal justice system. These states are allowing the full prosecution of the guilty, while protecting the innocent. Oklahoma should follow their lead, with the caveat that we must also be sure to prohibit law enforcement agencies from partaking in any “equitable sharing” with federal agencies. In some states, this has proven to be a loophole so wide you could drive a $42,000 SUV through it.

Oklahoma should also take a close look at the incentives its law enforcement agencies have when doling out fines. All fines, whether civil or criminal in nature, should be put into a state general fund. Agencies should never have a financial stake in the fines they dole out. Fines should be a deterrent to unacceptable behavior, not a way to fund extra staff. This holds true for speeding tickets, court fees, property code violations, and any other area where a government is extracting money from citizens based on a specific action. The incentive should always be on preventing the unacceptable behavior; it should never be to line the pockets of the government agency or, in effect, the people who work for it.