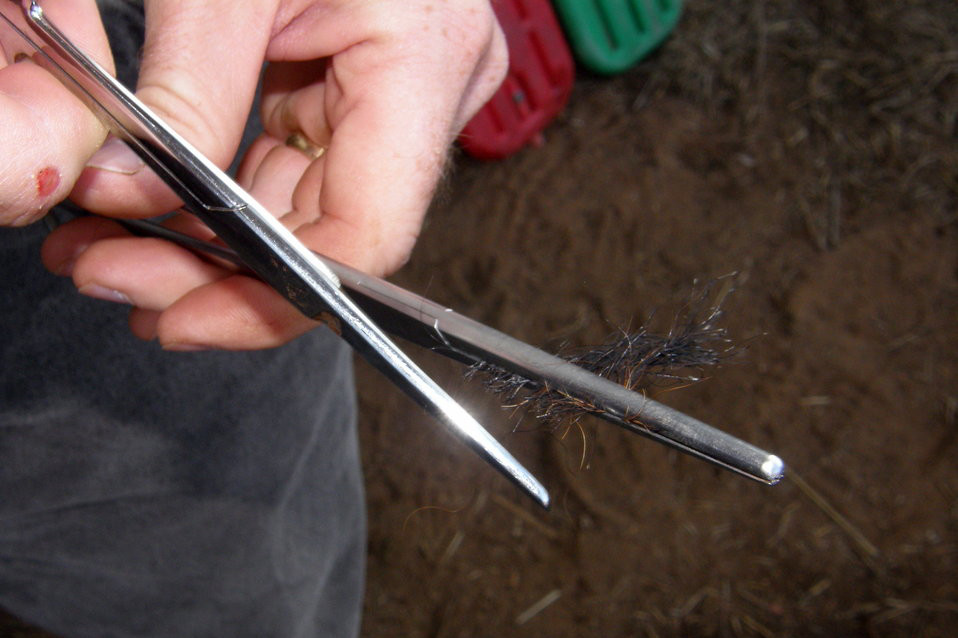 This paper summarizes Oklahoma’s electrology licensing law, pointing out how it is the most onerous in the nation. No public interest justification is found for licensing electrology. Thus, the law’s immediate repeal is recommended.

Oklahoma’s Registered Electrologist Act has no sunset date, although the State Board of Medical Licensure and Supervision, which serves as electrologists’ licensing board, is due to expire July 1, 2019.[1]

Electrologists permanently destroy unwanted hair follicles using electrically charged needles (fine wires also called filaments). Electrology is not the use of lasers to remove hair. Oklahoma requires that anyone practicing electrology have a license from the state. Eighteen states do not require a license to practice electrology. These include Oklahoma’s neighboring states of Colorado, Missouri, and Texas, as well as the relatively large and regulated state of New York.[2] The fact that 36 percent of states do not license electrology is enough to call into question whether electrology should be licensed at all.

Oklahoma’s Registered Electrologist Act (Title 59, Chapter 11, Section 536, Oklahoma Statutes) is misnamed since to be a “registered electrologist” and practice electrology in Oklahoma, one must be licensed (Section 536.6 of Title 59, Oklahoma Statutes). “Registration” is not generally synonymous with licensing and does not usually imply testing, training, education, or even bonding requirements. Practitioners of occupations might be required to register with state or local government in order to carry on business, but the registration requirement is usually a mere formality involving the disclosure of current name and address information to be kept on file.

Oklahoma is the only state to require a college degree (B.S. in a relevant science) as a condition of electrologist licensing. Most states require only a high school diploma; two only require completion of 10th grade. Oklahoma also has the highest age requirement – 21, as opposed to 18 in most other states. Oklahoma additionally requires a 600-hour electrology internship. Many states require 600 hours of training with a few requiring more and a few requiring fewer hours. Oklahoma, by far, requires the most training given the college degree requirement.[3]

New Jersey’s electrology licensing law is similar to Oklahoma’s in that it licenses through the state’s medical board, which also licenses physicians. The law also establishes a separate electrologist committee which advises the board, as does Oklahoma’s. Given the similarities in the laws of Oklahoma and New Jersey, it is likely they were derived from a common model bill. A detailed analysis of all 32 states’ electrology licensing laws was not undertaken, but as with many licensed occupations, national lobbying efforts by activists in electrology have resulted in similar laws across the states that license.

In addition to education and internship training, gaining an electrology license in Oklahoma requires an interview with the electrology committee, which meets only three times each year. One must also pass an electrology licensing exam that covers nine subject areas, including four that are tangentially related to zapping a hair follicle with an electrified needle. These four include: human anatomy; human physiology; microbiology; and general chemistry.[4] The licensing requirements in Oklahoma appear to be calculated to limit the practice of electrology to individuals otherwise licensed as health professionals in other areas since electrology alone is unlikely to justify meeting such stringent requirements.

Electrology licensing in Oklahoma requires more training than tattoo licensing (200 hours of apprenticeship and an exam[5]), although the latter is arguably more hazardous given the potential for allergic reactions, a higher likelihood of scarring, and a higher likelihood of disease given the intentional piercing of skin.[6] Yet, even tattooing is not licensed in all states.[7]

Evaluating Whether to License Electrologists

The 1889 Institute has published Policy Maker’s Guide to Evaluating Proposed and Existing Professional Licensing Laws.[8] It argues that there are two reasons for licensing an occupation: 1) an occupation’s practices present a real and probable risk of harm to the general public or patrons if practitioners fail to act properly; AND 2) civil-law or market failure makes it difficult for patrons to obtain information, educate themselves, and judge whether an occupation’s practitioners are competent.

Does electrology present a probable risk of significant harm to the public or patrons if practitioners fail to act properly?

No. Two basic methods (“modalities” in electrology’s parlance) are used to permanently kill hair follicles by electrologists using an electrically charged needle inserted into a follicle chamber. One, called galvanic electrolysis, uses electricity to create a chemical reaction that kills hair growth cells. The other, called thermolysis, uses a stronger current to produce heat to destroy cells. These two methods can be combined for the blend method.[9]

Websites promoting electrolysis promise few side effects beyond mild pinpricks during treatment. Skin redness that lasts only a few hours is the main side effect described, although there can be prolonged skin discoloration.[10] Blood serum leakage, histamine responses, bruising, and pustules are possible short-term side effects as well.[11]

When it comes to electrology licensing activists interacting with legislators, however, electrolysis becomes a very dangerous activity, indeed. Licensing advocates seeking to secure an artificial market advantage always have their list of “horribles.” These are the horrors they use to convince legislators that without licensing, dangers lurk behind every practitioner who fails to jump through legal hoops. In an application by electrologists for licensing of their profession in the Canadian province of British Columbia, the listed risks to the public include the spread of diseases such as AIDS and hepatitis, scarring, nerve damage, emotional trauma, and high costs without positive results.[12]

It is true that the needle (or filament) might be pushed in too deeply. The electrical charge might be applied for too long. Proper sanitation might not be followed. Licensed or not, any practitioner might fail to follow proper procedure or care at virtually any given moment or day. These risks, though, are not significant given the very real penalties a practitioner can suffer for bad practice in a situation where good practice is not difficult.

Is there a civil law or market failure that makes it difficult for patrons of electrology to obtain information, educate themselves, and judge whether an occupation’s practitioners are competent?

No. Customers can easily reveal their experiences, and service-providers advertise their skills and provide customer endorsements. Normal civil law can provide financial compensation if service providers demonstrably cause harm, which is not difficult to prove in the case of electrology. Therefore, without licensing, service providers have incentives to do their best to safely service and satisfy customers, and customers have legal recourse when practitioners fail to do so.

There is no need to license electrology. Oklahoma’s Registered Electrologist Act should minimally be assigned a sunset date for the law to expire within the next two years, and then it should be allowed to expire. Better yet, it should be repealed immediately.

The Oklahoma Legislature might allow private certification, enacting a version of the model, 21st Century Consumer Protection & Private Certification Act, available as an appendix to The Need to Review and Reform Occupational Licensing in Oklahoma, available at https://1889institute.org/licensing.html. It would allow professionals who form private certifying associations to enforce private credentials through criminal fraud enforcement instead of costly civil actions if a certifying organization follows several practices, including certain transparency and disclaimer requirements.