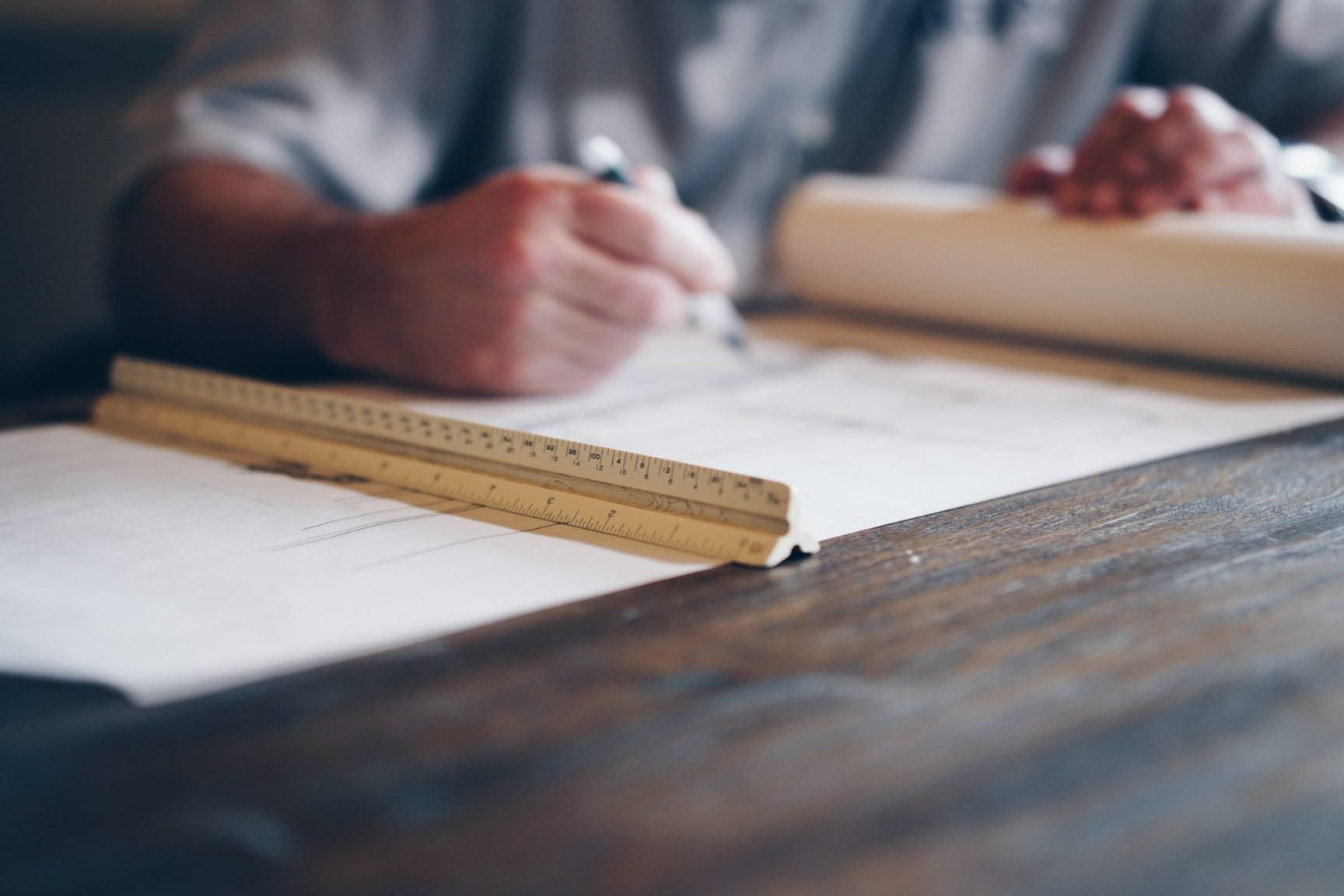 This paper points out that Oklahoma law allows school boards to designate all or any part of a school as a conversion school. A conversion school is similar to a charter school in that it is exempted from a number of rules and regulations faced by public schools. This allows for more innovation and quicker, more thorough changes that are needed for a failing or mediocre school to become an excellent one. The paper offers several ideas for specialized programming for conversion schools.

Local school officials often justifiably complain that they have to deal with a lot of needless regulation and paperwork requirements imposed on them by the state. Indeed, one count of mandates from administrative rules and statutes in Oklahoma numbers them at about 640. Some are a major imposition. Others are trivial. Some seem to be silly. All, however, have the force of law and require time and effort in order to comply.[1]

Oklahoma’s school boards now have a tool at the ready to unilaterally de-regulate schools that they oversee. There is a relatively new law in town, only a few years on the books, that allows a school board to designate any campus a “conversion school.”

What this means is that the local school district board cannot hide behind state law or rules as a shield from criticism of school performance. A common way to deflect criticism regarding student performance or the diversion of resources away from the classroom and teacher salaries has been to reference mandates. Well, school boards can make those mandates disappear for any school under their control. All they have to do is vote to do it, and maybe do a little work to make sure a conversion school is well-managed.

Exactly What is a Conversion School?

The biggest source of flexibility for charter schools and conversion schools has to do with personnel. Charter and conversion schools do not have to strictly adhere to teacher certification requirements. Nor do they have to follow tenure rules whereby firing a poor-performing teacher requires a great deal of time-consuming documentation and hearings.

Along with not having to follow all the nit-picking mandates in law, the flexibility at hand for charters and conversions allows for quicker and fuller implementation of curriculum, discipline, and management changes that are necessary to turn failing and mediocre schools into excellent ones.

Academic accountability through testing is the one area for which there is no flexibility for charter schools and, therefore, no flexibility for conversion schools. Children will be tested under the usual statewide tests. On the other hand, some districts do extra testing. It would be up to the district to decide whether a conversion school would continue to be subjected to district-initiated standardized testing.

Thus far, there are only two examples of conversion schools in Oklahoma. The Millwood district converted its K-8 school due to a number of emergency certified teachers facing the end of their two-year emergency certifications. The school was making progress with these teachers. For various reasons, some of the teachers were unable to move into full certification and rather than be forced to fire them, the district chose to retain them the only way it could, by creating a conversion school.[3]

The Panola school district converted all of its schools. Faced with a financial shortfall, the school district faced closure in April 2017.[4] Before the end of May that same year, the board had voted to contract with EPIC charter schools to provide education services for the district.[5]

Some Ideas for Conversion Schools

Conversion schools, free from many mandates and potentially more flexible when it comes to personnel, can become more efficient than traditional district schools in two ways. First, they can use their existing resources more wisely, hiring better teachers and streamlining administration, for example. Second, they can re-deploy resources to be used more effectively. Non-teaching personnel, for example, might become fewer and freed resources could be used for better instructional materials or better pay for good teachers.

Conversion schools could also implement new programming that regulations or top-heavy management make difficult to institute or just do not allow. The possibilities might well be endless, but what follows are several doable ideas, all of which could be implemented in a single district at the same time, in some cases with multiple conversions of different types on the same campus. Parents’ and students’ needs and preferences are as varied as are those of consumers of any other good or service. Thus, none of the ideas enumerated here should be thought of as mutually exclusive. Only the very smallest districts would find it logistically difficult or impossible to have more than one conversion school within its borders or even on the same campus.

Teachers who are particularly strong in the classroom could be financially incentivized to take on more students. Meanwhile, performance could be monitored to make sure students are not negatively affected. This can help students by making sure they matriculate under effective teachers and also save money by not requiring that more, potentially weaker, teachers be hired.

This is a technology-based innovation already occurring in some Oklahoma public schools.[7] Using internet access, students can access lessons at any place and time that best suits their learning needs. They only move on when they have achieved mastery of the material, so they learn at their own pace. By providing a blended environment where teachers tutor students according to where those students are in their knowledge, the strength of having a teacher guide students is preserved.[8]

Personalized learning is not just about bright kids not getting bored. It is also about slower learners having a chance to learn to their fullest potential.

Oklahoma has too many students classified as English Language Learners (ELL).[10] Most ELL students are born in the United States yet many are classified as ELL for years. What’s more, ELL students fall behind their classmates in academic achievement. Nationally, ELL students graduate at 75 percent of the overall graduation rate. Meanwhile, there are too few bilingual teacher spread out over too many campuses.[11]

School districts can help themselves, their teachers, and most especially their students by establishing intensive English language instruction conversion schools. Two arguments against this are that ELL children would be segregated and they would fall behind in subject areas. However, conversion schools could be established within existing campuses and many of the ELL children would perform better on standardized tests just from better English skills. The main purpose of intensive English training would be to fully integrate these students into the learning process, something they are not currently achieving, at least not particularly well.

Micro-schools are emerging as a popular educational model in the private school world. They are a combination of the 19th Century one-room school and 21st Century individualized learning. This offers what many parents see as the best of two worlds. To a teacher, it offers significantly more autonomy and the chance for a higher income. The Edupreneur Academy has constructed a variety of micro-school scenarios.[12] For example, a teacher and one aide could run a micro-school for 30 students, third through fifth grade. If the district paid the teacher $4,500 per student, the teacher could cover all the costs for facilities, curriculum, technology, pay the aide $25,000 in salary and benefits, pay themselves average Oklahoma teacher pay ($40,000 in salary and $12,000 in benefits), and still make over $20,000 in profit.

A district could take rooms in existing schools and designate them as part of a conversion school where qualified teachers can create their own micro-schools and be reimbursed by the district on a per-student basis. Parents could continue to send their student to the traditional school, or could pick a teacher-run micro. Parents would have more choices, good teachers would have the opportunity for more money and job satisfaction, and the district would see its overall costs reduced. Over time, teachers might create consortiums and spread the micro-school concept into higher grades where teachers do more subject specialization.

Many parents of non-high-school children have developed an affinity for Montessori or Montessori-style schooling, which groups children with multi-age groups, allows for a good deal of child self-direction, and has a very good reputation for educating younger children. Many charter schools have adopted Montessori as their primary instructional methodology.[13]

Here again, school districts could use the conversion school law to designate full or partial campuses as Montessori schools. This option would likely attract many parents who cannot afford a private Montessori option as well as teachers who might otherwise not be willing to teach in the public schools. Such an option might even attract some students who are currently in private schools.

Another option that might be appropriate for some campuses in a public school district would be to establish a no-excuses school. Some trace the no-excuses schooling method back to the Knowledge is Power Program (KIPP) charter schools. These schools have a very good reputation for achieving high academic standards. They have high behavioral and academic expectations for their students, a strict disciplinary code, stress a college prep curriculum with little time for anything but academics, and great teachers.[14]

Because of the reduced costs conversion schools should experience due to being relieved from many state mandates on schools, again, depending on the circumstances, some could offer free after-school care. Instead of busing students home to be latchkey kids, parents would have greater control and confidence over the location and safety of their children.

The conversion school option for public school districts, barely exercised so far, opens districts to legitimate criticism for not taking their fate into their own hands. Complaints about mandates will ring increasingly hollow. Mandates as an excuse for not offering certain programs and services will not be accepted as an excuse forever. The same is true of the excuses often offered to teachers for paperwork requirements and other mandated distasteful duties.