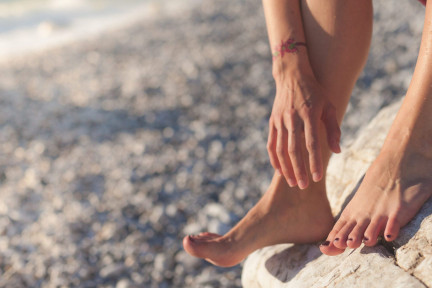 This paper summarizes Oklahoma’s pedorthist licensing law and evaluates whether there is any public interest justification for licensing the occupation. None is found and the law’s immediate repeal is recommended.

Oklahoma’s Licensed Pedorthists Act has no sunset date, although the State Board of Medical Licensure and Supervision, which serves as pedorthists’ licensing board, is due to expire July 1, 2019.[1]

Pedorthists use devices, including orthotics (custom insoles) and braces, and modify footwear to correct issues of the feet and ankles that cause pain and/or instability. Pedorthists do not employ invasive procedures; they do not prescribe. They do, however, provide services pursuant to prescriptions from podiatrists, other physicians, and chiropractors. Oklahoma requires that anyone using the title of pedorthist have a license from the state.[2] Thirty-five states do not require pedorthists to obtain a license, including New Mexico, Colorado, Kansas, and Missouri as well as the relatively heavily regulated states of California and New York.[3] The fact that 70 percent of states do not license pedorthists is enough to call into question whether the occupation should be licensed at all.

Oklahoma’s Licensed Pedorthist Act (Title 59, Chapter 46D, Oklahoma Statutes) is less than 17 years old. It provides an excellent example of how licensing laws often undermine the arguments made for them in the first place. The law provides a generous grandfathering provision (previous practitioners, though they would not otherwise qualify under the law, are granted licenses; application had to be made by 2004). Arguments used for licensing laws always include claims of bad actions on the part of people practicing the occupation unlicensed. But when previously unlicensed individuals are granted a license on a pro-forma basis, some of them would, presumably, be the previous “bad actors.” Thus, the licensing law does not, on its face, initially accomplish what it claims – protection of the general public.

Nothing in the law prevents a pedorthist from providing a custom orthotic without a prescription. In fact, Oklahomans can order custom orthotics using the internet, mailing foot molds. However, if a patient is provided a prescription for an orthotic or other device, only a licensed pedorthist is allowed to fill it in Oklahoma. That is, only a licensed pedorthist can receive payment from insurance for pedorthic services in Oklahoma.

The State Board of Medical Licensure and Supervision relies on a special pedorthist advisory committee to aid in policing pedorthists. Members are selected from lists provided by the Oklahoma State Pedorthic Association and the Oklahoma Podiatric Association.[4] By mentioning these private organizations in rule, which has the force of law, they are provided official legal status. This appears to be an inherent conflict of interest, if pedorthist licensing is intended for public safety and not for crony, self-dealing purposes.

Statute grants extremely wide latitude to the State Board of Medical Licensure and Supervision and its advisory committee to determine pedorthist licensing requirements.[5] Rule requires that someone wishing to gain pedorthist licensure complete credentialing under the American Board for Certification in Orthotics, Prosthetics & Pedorthics (ABC) or under the Board for Orthotist/Prosthetist Certification (BOC), both national private organizations. However, the BOC ended its pedorthist program in 2016.[6]

Evaluating Whether to License Pedorthists

The 1889 Institute has published Policy Maker’s Guide to Evaluating Proposed and Existing Professional Licensing Laws.[8] It argues that there are two reasons for licensing an occupation: 1) an occupation’s practices present a real and probable risk of harm to the general public or patrons if practitioners fail to act properly; AND 2) civil-law or market failure makes it difficult for patrons to obtain information, educate themselves, and judge whether an occupation’s practitioners are competent.

Do pedorthists present a probable risk of significant harm to the public or patrons if practitioners fail to act properly? (Full Disclosure: The author wears custom orthotics)

No. Pedorthists analyze gait (one’s walking pattern) and have training in lower body anatomy and biomechanics. They are also trained in the fabrication of custom foot orthoses (a broader term than just orthotics, which are basically insoles).[9] Pedorthists undoubtedly provide a valuable specialized service to those who need it. However, the risks from untrained individuals selling pedorthic services/appliances to public health is zero. For the private health and finances of individuals who have a need for foot appliances the risk is extremely low, near zero.

Physical impacts from improper orthoses are limited to physical pain, which can easily be solved by not using the appliance. Orthotics only bring about any permanent physical foot changes if used on children aged 4 to 14 whose bone growth plates have not closed.[10] Custom shoes and orthotics can be quite expensive or not expensive at all. Customers can get upfront pricing. Because of the inexact nature of fitting foot appliances, there will always be complaints and disappointments, but nothing worth more regulation than is placed on car mechanics.

Is there a civil law or market failure that makes it difficult for patrons of pedorthists to obtain information, educate themselves, and judge whether an occupation’s practitioners are competent?

No. Customers can easily reveal their experiences, and service-providers advertise their skills and provide customer endorsements. Normal civil law can provide financial compensation if service providers demonstrably cause harm, although this would likely be difficult to prove in the case of a pedorthist. Therefore, without licensing, service providers have incentives to do their best to safely service and satisfy customers, and customers have legal recourse when practitioners fail to do so.

There is no need to license pedorthists. Oklahoma’s Licensed Pedorthist Act should minimally be assigned a sunset date for the law to expire within the next two years, and then it should be allowed to expire. Better yet, it should be repealed immediately.

Pedorthics would potentially be an ideal case for the enactment of a version of the model, 21st Century Consumer Protection & Private Certification Act, available as an appendix to The Need to Review and Reform Occupational Licensing in Oklahoma, available at https://1889institute.org/licensing.html. It would allow professionals who form private certifying associations to enforce private credentials through criminal fraud enforcement instead of costly civil actions if a certifying organization follows several practices, including certain transparency and disclaimer requirements. These practices have been already largely followed by the ABC and BOC national certifying organizations, which could compete with each other in a private certification environment.